(Rom 8:16-18) For the Spirit himself giveth testimony to our spirit that we are the sons of God. And if sons, heirs also; heirs indeed of God and joint heirs with Christ: yet so, if we suffer with him, that we may be also glorified with him. For I reckon that the sufferings of this time are not worthy to be compared with the glory to come that shall be revealed in us.

ST. ALPHONSUS LIGUORI: My most beloved Jesus, I embrace all the sufferings You have destined for me until death. I beg You, by all You suffered in carrying Your cross, to help me carry mine with Your perfect peace and resignation. I love You, Jesus, my love; I repent of ever having offended You. Never let me separate myself from You again. Grant that I may love You always; and then do with me as You will. 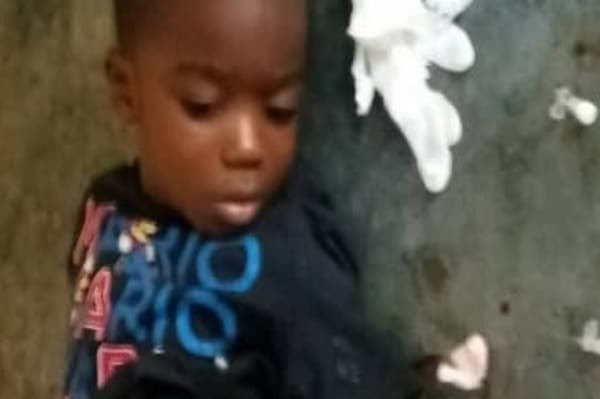 CNS: Bishops lament that Nigerians are not safe anywhere after church attack

AID TO THE CHURCH IN NEED (ACN) IS DEEPLY SHOCKED BY THE HORRIFIC ATTACK WHICH TOOK PLACE AT THE ST. FRANCIS XAVIER CATHOLIC CHURCH, in Owo, Ondo State, southwest Nigeria, during Pentecost Sunday celebrations, June 5th, and which caused the death of many people, including children.

The thoughts and prayers of ACN are with the victims, with the injured, their families and the entire Catholic community in Ondo. “It is Pentecost Sunday, a time every Catholic is expected to be in Church to commemorate the Solemnity. It is so sad to say that while the Holy Mass was going on, men of unknown origin, wielding guns, attacked St. Francis Xavier Catholic Church,” said Father Augustine Ikwu, director of communications for the Diocese of Ondo, in a statement sent to ACN.

“Many are feared dead, many others injured, and the Church violated,” he said.

“The identity of the perpetrators remains unknow while the situation has left the community devastated,” the priest added.

“Meanwhile, all the priests in the parish are safe and none was kidnapped, said the priest, dispelling rumors to that effect which circulated on social media. “The bishop appeals that we remain calm, be law abiding and pray for peace and normalcy to return to our community, state and country,” the statement ended.

ACN denounces this outburst of violence, yet another terrorist act in Nigeria, one more on the long list of crimes against Christians. The country in general has been rocked by episodes of terrorist violence, banditry, and kidnappings that, although affecting all ethnic and religious groups in the nation, have led to a long list of major attacks on the Christian community over the last few decades.

Just last week Aid to the Church in Need organized a press conference with Archbishop Matthew Man-Oso Ndagoso, Archbishop of Kaduna, who spoke about the insecurity and the violence in Nigeria. Although the problems come from a variety of directions, Archbishop Matthew stated clearly: “The government has failed us completely; it is the absence of good government that is causing this. Bandits, Boko Haram, kidnappings, these are all symptoms of injustice, of the corruption that is in the system. Unless we can get to the root of the issue, we will be fighting a losing battle.”

The massacre took place in the southwest of Nigeria, a place that hasn’t been affected until now by the insecurity and violence which generally affect the north and the Middle Belt. While the problem may be mostly internal, the West, said the archbishop, is also to blame. “It takes two to tango. Our leaders steel our money and take it to the West, to Switzerland, Paris, London, Frankfurt. If the West didn’t accept their money, they would leave it at home. The Western governments collaborate with our leaders.”

Aid to the Church in Need calls on all political and religious leaders in the world to firmly and explicitly condemn this terrorist attack at St. Francis Xavier Catholic Church, Owo, Ondo State, in southwest Nigeria, during Pentecost Sunday celebrations.

Thoughts and Sayings of Saint Margaret Mary: Self-effacement–Detachment28. Our Lord continues to give me many graces, unworthy though I be; that which I prize the most is conformity to His life of suffering and humiliation. He keeps me in such a state of entire submission to His good pleasure, that I am indifferent to all else

This month’s archive can be found at: http://www.catholicprophecy.info/news2.html.

One thought on “Pentecost massacre at St. Francis Xavier Church in Owo, Nigeria –”

PLEASE DONATE TO KEEP THIS BLOG OPERATING. GOD BLESS+ YOU WILL ALWAYS BE IN MY DAILY PRAYERS! Marianne, my wife, suffered a heart attack on March 13th, 2012. On 7/23/2013, she suffered a stroke and was hospitalized for over 3 weeks. On 8/9/2013, Marianne went to the Lord. Deacon John

The Lord, a saviour in time of persecution O Lord, arise to help me. Judge, Lord, those who are judging me: attack those who are attacking me. Take up your shield and come out to defend me. Brandish your spear and hold back my pursuers. Say to my soul, “I am your deliverance.” Let them be thrown into confusion, those who are after my life. Let them be weakened and put to flight, those who plan harm to me. Let them be like chaff blowing in the wind, when the angel of the Lord scatters them. Let their paths be dark and slippery, when the angel of the Lord harries them. For it was without cause that they spread out their nets to ensnare me, without cause that they dug a pit to take my life. Let death come upon them suddenly, may they be entangled in their own nets. But my soul will exult in the Lord and rejoice in his aid. My bones themselves will say “Lord, who is your equal?” You snatch the poor man from the hand of the strong, the needy and weak from those who would destroy them. Lord, plead my cause; defend me with your strength. Lying witnesses rose up against me; they asked me questions I could not answer. They paid me back evil for the good I did, my soul is desolation. Yet I – when they were ill, I put on sackcloth, I mortified my soul with fasting, I prayed for them from the depths of my heart. I walked in sadness as for a close friend, for a brother; I was bowed down with grief as if mourning my own mother. But they – when I was unsteady, they rejoiced and gathered together. They gathered and beat me: I did not know why. They were tearing me to pieces, there was no end to it: they teased me, heaped derision on me, they ground their teeth at me. My tongue shall speak of your justice, all day long. Lord, how long will you wait? Rescue my life from their attacks, my only life from the lions. I will proclaim you in the great assembly, in the throng of people I will praise you. Let not my lying enemies triumph over me, those who hate me for no reason, who conspire against me by secret signs, who do not speak of peace, who plan crimes against the innocent, who cry out slanders against me, saying “Yes! Yes! We saw it ourselves!” You see them, Lord, do not stay silent: Lord, do not leave me. Rise up and keep watch at my trial: my God and my Lord, watch over my case. Judge me according to your justice, Lord: my God, let them not rejoice over me! Let them not think to themselves, “Yes! We have what we wanted!” Let them not say, “We have swallowed him up.” But let those who support my cause rejoice, let them say always “How great is the Lord, who takes care of his servant’s welfare.” And my tongue too will ponder your justice, and praise you all day long. Glory be to the Father and to the Son and to the Holy Spirit, as it was in the beginning, is now, and ever shall be, world without end. Amen.

Subscribe to RSS headline updates from:
Powered by FeedBurner